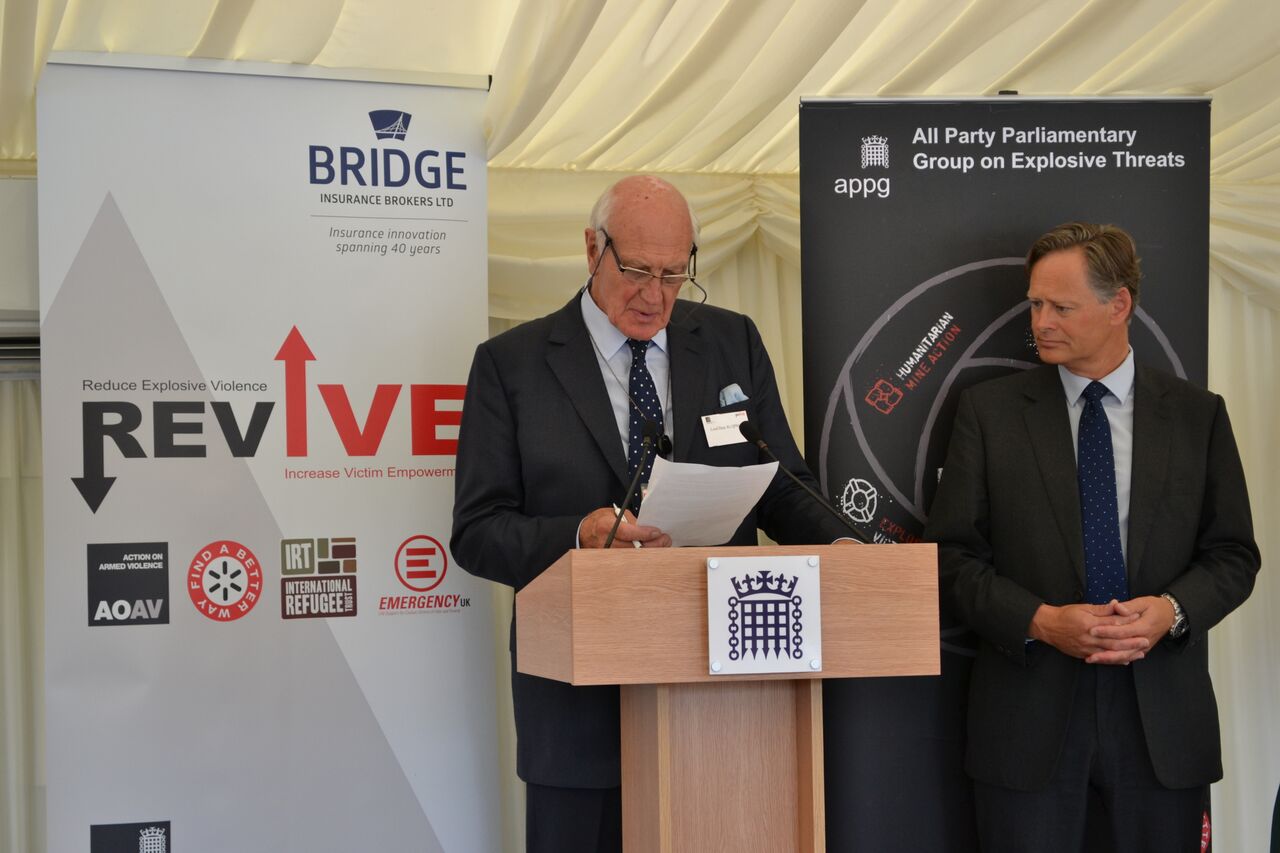 EMERGENCY UK was proud to participate in the launch of a significant report to Parliament on the impact on explosive violence and victim assistance.

The report was the culmination of EMERGENCY’s participation in both the APPG on Explosive Threatsand the REVIVE Campaign. The event, which was hosted by Matthew Offord MP, served as an opportunity to launch the APPG’s latest report, which took into account evidence provided by dozens of organisations across the humanitarian sphere, as well as governmental departments and international agencies. The reception, which was held at the Palace of Westminster, was attended by EMERGENCY’s president, Rossella Miccio.

The report, which presents recommendations to Her Majesty’s Government on victim assistance in the aftermath of the devastating impact of explosive weapons, has been received by the Prime Minister and her Cabinet, with copies placed in parliamentary libraries. It can be accessed here.

We Will Do Our Part. We Will Do It By Being There.
Six of our incredible team look at the camera, both cheerful and decisive. They have endured difficult months, working in the midst of coronavirus, but are as committed as ever.
A Little girl on a BIG Journey.
Amal will walk the same path that so many have and continue to.
‘From the Sea to the City’ Campaign: EMERGENCY is Joining Forces.
United, we come together on World Refugee Day to put forward concrete and far-reaching demands in order to change the attitude towards migration in Europe.
Recent Posts
Archives