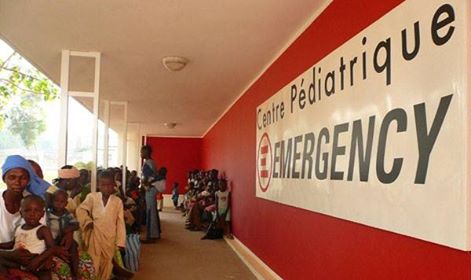 ‘Massacre of children in the Central African Republic; those who are injured are taken to EMERGENCY’s hospital.

Ten children have arrived at the Complexe Pédiatrique in Bangui where EMERGENCY’s team are working. They had severe and multiple wounds. The children are Fulani – nomadic Muslims who live about 90 kilometres from Bangui. They told us that they were locked into their homes and then lined up outside where they received various blows with machetes. Some of them had also been shot at.

All ten children – aged 1 – 10 years old – received urgent treatment. I am in the ward with them with only our staff there; their parents having been killed or injured during the massacre.”